This photo artwork named ‘Lady’ tells the story of the woman at the center of the universe.

You may have noticed that in my free work I mainly focus on women. There’s a reason for that. To explain this, let me take you back to my teenage years.

I was born in Suriname. And I emigrated to the Netherlands at a young age. I grew up in a warm, loving family. With a sister and two hardworking parents, who raise me according to the Surinamese standard. There is mutual respect and empathy. And courtesy is very natural with us. I don’t know any different.

My parents also teach me a lot about Afro-Surinamese spirituality. I learned at a young age that we should be grateful for the possibilities that life offers. This gratitude is expressed in the way we treat our fellow human beings. But also with nature.

As a child I learned about Mother Earth in primary school. But the way that was explained didn’t really leave an impression on me. However, the Afro-Surinamese spirituality, as I received it at home, literally prescribes that we are guests here on earth, at the mercy of Aisa mama. Aisa is the Surinamese name for Mother Earth.

We as human beings are in the domain of Aisa mama. She gives us food and gives us water to drink. She was here before us. And will be there also after we return as dust to her ground.It is just as 1 of the holy books prescribes: “Dust thou art, and unto dust thou shalt return.” As a young child, I quickly learned in this way that the woman is at the center of our existence as human beings.

For example, I remember going to church every Sunday until I was 11 years old. I was formed in the Roman Catholic Church. That was the custom in the family. But even then I thought it was strange that the pastor of the church didn’t really talk much about women in his sermons. In contrast, Afro-Surinamese spirituality dictated that not the man, but rather the woman and her energy are central to our existence. Why didn’t the church tell you about that?

Fast forward to 20 years later, I find myself in a world where men and women are treated unequally. In the household, but also in the workplace. I observe a world that makes it seem as if the woman is subordinate to the man.As a (straight) man this is strange to me. It’s at odds with my belief, which also prescribes, for example, that there are 2 energies that reside in each of us. A male ánd a female. Just like I experienced with my parents. Balanced. But then in the soul. In Surinamese language people speak of ba’kra and ma’kra, or father and mother soul. Two aspects within the same soul that complement each other perfectly, provided they are in harmony with each other. We should honor them both equally.

The above was one of the most important reasons for me to use my art to draw attention to the prominent place of women in relation to our existence. My free works are therefore also an ode to Aisa mama (mother Earth). She gives me the right to exist. My art is a way of honoring her.

Back to the artwork Lady. I will now describe in detail what it stands for:

Lady stands for the woman as the center of the universe. She symbolizes the sun in our solar system. And affects the 8 planets that orbit around her. The dried flowers symbolize her imperishable beauty. And the butterfly represents the souls that are allowed to live on the energy that the sun emits. I’ve used earth colors that represent Aisa mama. And the color blue stands for ‘creativity.’ Aisa mama encourages to “create.”

When creating this photo artwork, I was also inspired by a song by D’Angelo, called Lady. I’ve made it a habit to put on the kind of music that does something to me, while creating my art. The fact that this song is an ode to the woman and is also called Lady was very convenient.

Did you find this blog interesting? And are you looking forward to more? I regularly write about my photo artworks in my blog. A positive self-image and spirituality from an Afro-Surinamese perspective are central topics, among others.Subscribe to the newsletter. And stay tuned.

For now I thank you for your attention. 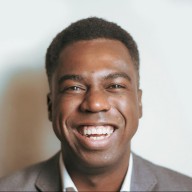